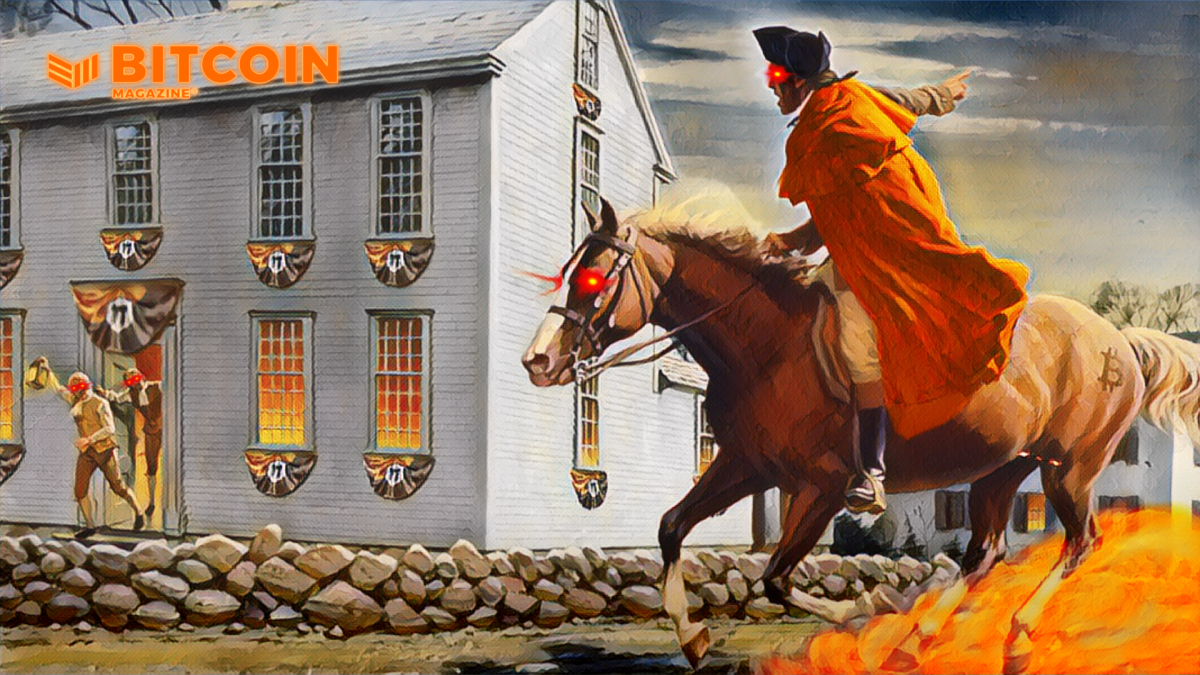 This is an opinion editorial by Frank Nuessle, previously a T.V. executive, university professor and publishing entrepreneur.

This is the seldom told story of Samuel Adams, and how he became a “paradigm-buster,” even though he’d never heard of a paradigm.

Most of us only know Samuel Adams as a Boston beer or as the cousin of the famous John Adams who became the second President of the U.S. in 1797.

Samuel Adams was a total failure until middle life, when at the age of 41, he proceeded to become, as Thomas Jefferson described him as, “truly the man of the Revolution.”

On a wet night in the winter of 1770 in a Boston Tavern where local farmers gathered, Samuel Adams proved his political, paradigm-bending genius. It was there that he argued successfully that Britain would soon begin to tax horses, cows and sheep and that it was better to rebel sooner rather than later.

Starting in the mid-1760s, Adams began railing against British Imperial overreach. Then in 1768, two regiments of British soldiers debarked in Boston Harbor. This occupation gave Adams the moral high ground.

Adams began advertising every misstep of the British troops, both real and fictional. Soon women and children began to ridicule the British occupiers blasting them with all the abusive language they could muster. Tension mounted.

On the evening of March 5, 1770, Boston was a tinderbox with armed British soldiers in assembly and a rowdy Boston crowd of over a thousand shouting obscenities at the British. Tempers flared. Chaos reigned as the soldiers leveled their guns.

When the smoke cleared, five men lay dead with many more wounded.

Although Samuel was no orator, on March 6, he gave dignity, morale authority and harmony to his argument that nothing would restore Boston to order but the immediate removal of the British troops.

Within months, the British troops were gone.

That the British backed down gave hope and a moral foundation to the evolving American Revolution which culminated with the British defeat by exhaustion in 1783.

Samuel Adams created the story of the Boston massacre with his rhetoric, his logic and his deeply held idealism, which led him to becoming one of the first to advocate for American independence.

You could say that he replaced the public perception that the British Empire could not be defeated with the possibility of American independence.

I would argue that Samuel Adams was America’s first marketing genius, the first to seize and shape the popular American imagination.

Adams knew that people are governed more by their feelings than by reason; yet with rigorous logic, he tugged at America’s emotions and opened the Colonies to the possibility of American independence.

The idea of American independence spread because it was a paradigm buster whose time had come.

A paradigm, as I define it, is an internally coherent system of thought, a story, that results in useful insights but that is also only half right because it finds it difficult to escape its own assumptions. The concept of a paradigm was formulated by the philosopher Thomas Kuhn in 1970 and has become a foundational idea.

Up to the 1770s the colonists believed that the British Empire was too powerful to challenge, and that they would be better off acquiescing to British rule. They were living within a mindset, a paradigm — that the British could not be defeated.

It took Samuel Adams and others over a decade to change the mindset of enough people in the Colonies so that the American Revolution became possible.

The tale of Samuel Adam and the American Revolution shows that Bitcoiners can break through America’s common perception that the Federal Reserve cartel’s government-controlled fiat money is the only money system that can be trusted.

The brilliance of the design of Bitcoin has proven its resilience over its 13-year lifespan, but bitcoin as sound money needs to evolve further so that it becomes more than someone’s get-rich-quick scheme.

A survey of 1,000 Americans found that 62% of cryptocurrency investors believe they’ll get rich. That is not enough.

There is nothing wrong with wanting to be well-off. I certainly hope that bitcoin helps to secure my financial freedom, yet my nuance is a different, and I think, a more profound objective than simply getting rich.

Getting rich is the rallying cry of the current oligarchic, “take-make-waste,” economic paradigm.

America has been living this get-rich paradigm under steroids since Gordon Gekko, played by Michael Douglas in the 1987 movie, “Wall Street,” proclaims that “Greed is good.” In the movie, Gekko goes on to say that greed will save the, “malfunctioning corporation called the U.S.A.”

Evaluate for yourself how much greed has improved America in the 35 years since this movie.

Because our current paradigm about money drives fear while also being rife with greed, deception and get-rich-quick schemes, we are left with a seriously deteriorating American society.

Under a mental paradigm where greed rules, there is never enough.

As Robert Breedlove brilliantly points out in his intro to D.C. Schindler’s book on Plato, “Force and fiat are shown to be incompatible with human reason, and thus generative of a collapse into relativism … where anyone’s “truth” is only as credible as the threat of force backing it.”

Doesn’t this seem a good description of America pulling itself apart today?

Have you ever thought of the possibility that our money system itself could be creating the fear and the social isolation that so many Americans suffer?

As Jeff Booth suggests, the dominance of money as a social system can be shown because money has historically trumped the law with the laws always changing over time to favor money. This is not a healthy outcome.

I am convinced that a sound money bitcoin economy that stimulates fair trade will change everything.

Civilization began because of fair trade. It is time to take that next evolutionary journey into a sound money system that stimulates fair local trade, societal well-being and environmental sustainability.

America’s blind spot about the money system is a direct result of our living under an outdated mental construct, a paradigm, a story about money that is outdated and that needs to evolve.

But first, we each must acknowledge that to some degree, each of us are living under and are influenced by this existing fiat money paradigm that drives both fear and greed in us.

It is time to move up the evolutionary ladder and develop a more sophisticated worldview now that we know the limits of our planet; limits that the current money paradigm does not acknowledge.

To fight the current fiat money paradigm is futile if we cannot offer an inspiring alternative.

That means we need a new paradigm, a new story, a new way of looking at money — one that serves the whole, and not just the small self.

Bitcoin is the technological innovation of this revolution. But what is the social innovation? It must begin with a new story. How do we articulate the new sound money paradigm?

The second part of this essay will explore ideas about a new sound money story, call it a sound money paradigm-shifter, that can speed the evolution of the vibrant Bitcoin Economy we all know is somewhere invisibly over the horizon.

This is a guest post by Frank Nuessle. Opinions expressed are entirely their own and do not necessarily reflect those of BTC Inc or Bitcoin Magazine.