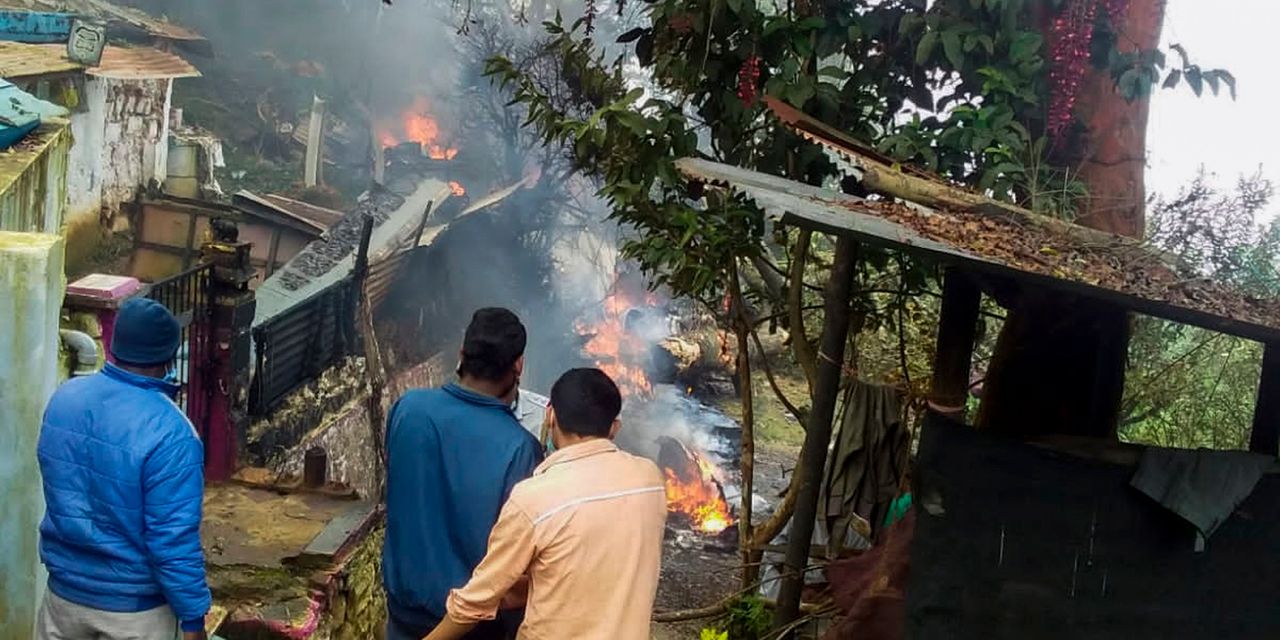 died Wednesday in a helicopter crash in the southern state of Tamil Nadu, the country’s air force said.

Mr. Rawat, 63 years old, the country’s chief of defense staff, was traveling along with his wife, staff and security commandos in the Russian-made helicopter at the time of the crash.

There were 14 passengers on board, and 13 died, the air force said. One injured air force official was being treated at a local military hospital.

Mr. Rawat’s “insights and perspectives on strategic matters were exceptional. His passing away has saddened me deeply,” Prime Minister

The crash came two days after the Russian and Indian leaders met in New Delhi and agreed to extend their countries’ close defense ties—despite U.S. pressure on India to wean itself off Russian arms supplies.

India has a fleet of Russian-made Mi-17 series choppers that are used frequently by top military brass and government officials for traveling to defense locations.

Write to Rajesh Roy at rajesh.roy@wsj.com