Before Trump’s SPAC Deal, a Strange Surge in Trading 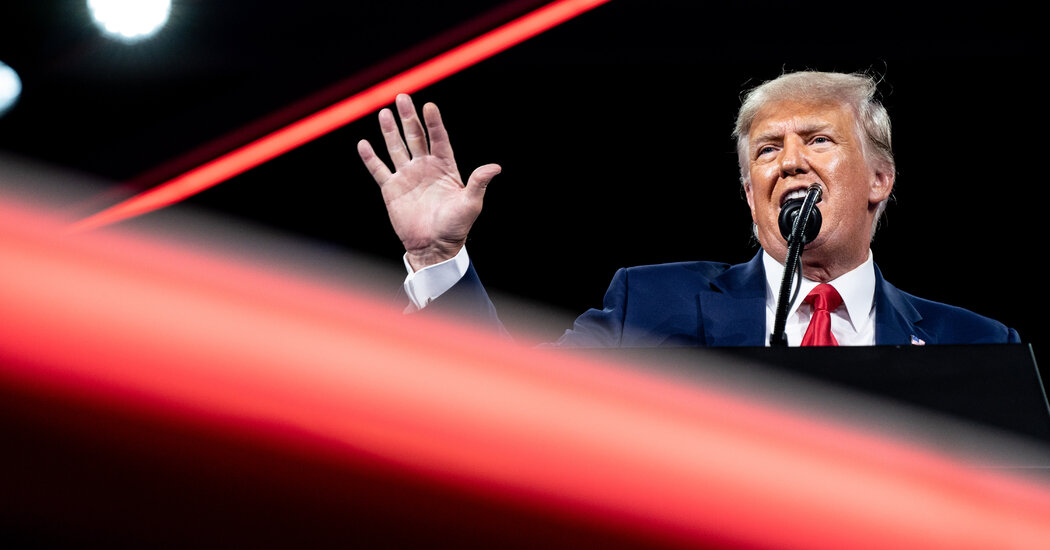 When a SPAC goes public, its shares and warrants initially trade as a single security, unless a company decides to trade them separately. Digital World announced its plan to separate them on Sept. 27, the same day it signed a letter of intent formalizing the merger talks, a person who was briefed on the matter said. The announcement did not mention the talks.

Few analysts closely track trading in warrants, so analyzing trading patterns can be difficult. Data compiled by FactSet shows that, on average, about 200,000 warrants in Digital World were traded daily during the three weeks before the merger was announced. That’s in line with how warrants in other SPACs traded after decoupling from their shares.

But there were unusual spikes in the trading of Digital World’s warrants: 2.5 million on Oct. 4, 900,000 on Oct. 7 and one million on Oct. 20, the day of the merger announcement, which happened after the market closed for the day.

Trading in actual shares of Digital World was far more tepid over that same period: Daily volume exceeded 600,000 shares just twice, and fewer than 50,000 traded hands on some days. Digital World’s highest volume in stock trading before the announcement was 1.3 million shares on Sept. 16, before the warrants could be traded on their own.

Mike Stegemoller, a finance professor at Baylor University who studies SPACs, said the trading volume in warrants on Oct. 4 was “particularly abnormal.” That may not indicate any wrongdoing, he said, but the handful of high-volume days coupled with the early deal discussions “are reason enough for FINRA to take a look.”

Mr. Gordon agreed that there might be nothing amiss in the trading. “These inquiries often fizzle out because nobody did anything wrong,” he said.

The flood of SPACs into the market has caught the attention of regulators.

In a speech on Thursday, the S.E.C. chair, Gary Gensler, said he had asked his staff to look into ways of making sure SPAC investors are adequately protected. Speaking before the Healthy Markets Association Conference, Mr. Gensler said investor protections with SPACs should be on par with traditional I.P.O.s “with respect to disclosure, marketing practices, and gatekeeper obligations” in order to reduce the potential for “information asymmetries, conflicts, and fraud.”