As China’s Economy Falters, the Rest of World Looks Resilient 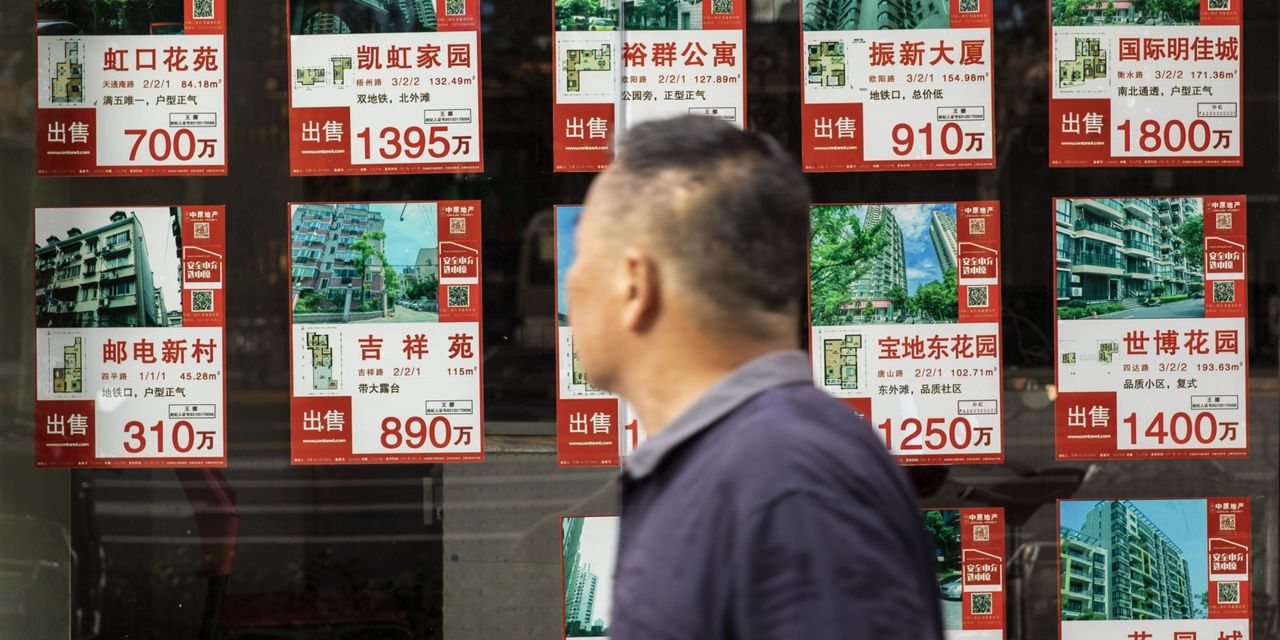 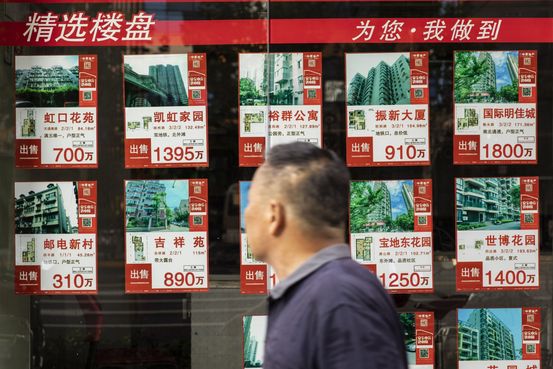 Chinese history plays out in cycles, or so goes the well-worn cliché. Whether or not that is true, it is undeniable that five years after the last major downturn, the specter of another Chinese property crash—and associated financial turbulence—is once again tormenting global markets.

Some things haven’t changed. Commodity currencies like the Australian dollar and shares of construction equipment makers like Komastu have already sold off sharply. Europe, with its big exposure to Chinese spending on luxury goods and industrial equipment, appears to be at greater risk of collateral damage than the U.S. And in a bracing bit of déjà vu,

—the first Chinese real-estate developer to default on offshore debt way back in 2014—looks poised to do so again.

Other things look very different. For one, the scale of property debt looks significantly larger. The most troubled large developer, Evergrande, had over $300 billion of liabilities alone as of June. The industry’s total interest-bearing debt more than doubled since 2014 to over 25 trillion yuan ($3.9 trillion) in 2020, according to

and foreign investors are heavily involved. Developers have over $17 billion of high-yield offshore debt maturing before next May. And Chinese President

has thoroughly consolidated his power over the past half-decade, to a point that he appears willing to tolerate a significant growth slowdown in early 2022, even ahead of the crucial 20th Chinese Communist Party Congress next fall, when Mr. Xi is widely expected to make a bid for a precedent-breaking third term as the party’s head.

While the possibility of a full-fledged Chinese financial crisis and a recession can’t be ruled out, the more likely scenario is a rough start to 2022—and further restructuring of offshore property debt—followed by rebounding growth later in the year in the run-up to the party congress. The bigger risk may be in the years to follow. For both political and demographic reasons, housing looks unlikely to return as a major structural growth driver for China, and there are few obvious replacements, particularly given the leadership’s apparent desire to give priority to self-sufficiency and political control over efficiency and growth.

The property downturn itself is still worsening, but there are a few hints of light—and some important structural reasons to believe that a full-scale meltdown and global financial contagion can be averted.

While residential floor space sold and started is still down sharply year-over-year, high-frequency daily data shows that average sales in 30 medium and large cities have stabilized in recent weeks, albeit at a low level. That follows efforts to ease mortgage lending in October, as well as efforts to permit stronger developers to lever back up in the domestic bond market to take over projects from weaker ones.

Most important, the government has now finally sent a strong monetary-easing signal with its move this past Monday to cut banks’ reserve requirement ratios, which will release an estimated 1.2 trillion yuan ($189 billion) for lending. The move also signals that Beijing stands ready to fight any onshore market turbulence related to Evergrande.

Nonetheless, given how long Beijing has waited, the damage will still be significant. Oxford Economics notes that if residential fixed property investment falls by a similar amount as during the last major property downturn in 2015—ultimately bottoming out, in Oxford’s scenario, with an 8.8% year-over-year decline in the fourth quarter of 2022—Chinese gross domestic product growth could be as low as 3% next year. The hit to global growth would also be significant, on the order of 0.7 percentage points in the last quarter of 2022, and metal prices would drop sharply. In October, the latest month of available data, Chinese residential investment was already down 3% from a year earlier.

If the government manages to convince Evergrande’s customers that they will get their houses, and sales start rebounding along with higher bank lending, it may not get that bad. Housing inventories are much lower than in 2015, around 1½ years of sales in late 2021, versus 2½ years in 2015, according to ANZ Bank, meaning that investment could ultimately be quicker to recover too. Much tougher capital controls—instituted after the last meltdown—also mean that Beijing’s monetary policy is now less “leaky.” As the central bank eases monetary policy, more cash will stay at home in domestic asset markets, including real estate, rather than fleeing abroad. That gives Beijing stronger armor against Fed rate increases too.

Finally, although it is always wise to view Chinese banking data with a healthy dose of skepticism, banks do appear to be in moderately better shape following years of capital raising, bailouts and industry consolidation—particularly the largest banks. Core tier-one capital-adequacy ratios are steady around 11% and commercial banks’ overall capital adequacy ratio has risen by about 1.5 percentage points since late 2014. That lowers the risk of large-scale financial contagion both at home and abroad.

China isn’t guaranteed a safe landing from its latest property troubles—much depends on how much additional government support is forthcoming, and how deftly Beijing handles Evergrande’s many unfinished projects and unhappy customers. But in a crucial year for Mr. Xi, a truly punishing downturn and mushrooming financial distress would be risky politics indeed. On balance, it will probably be avoided.