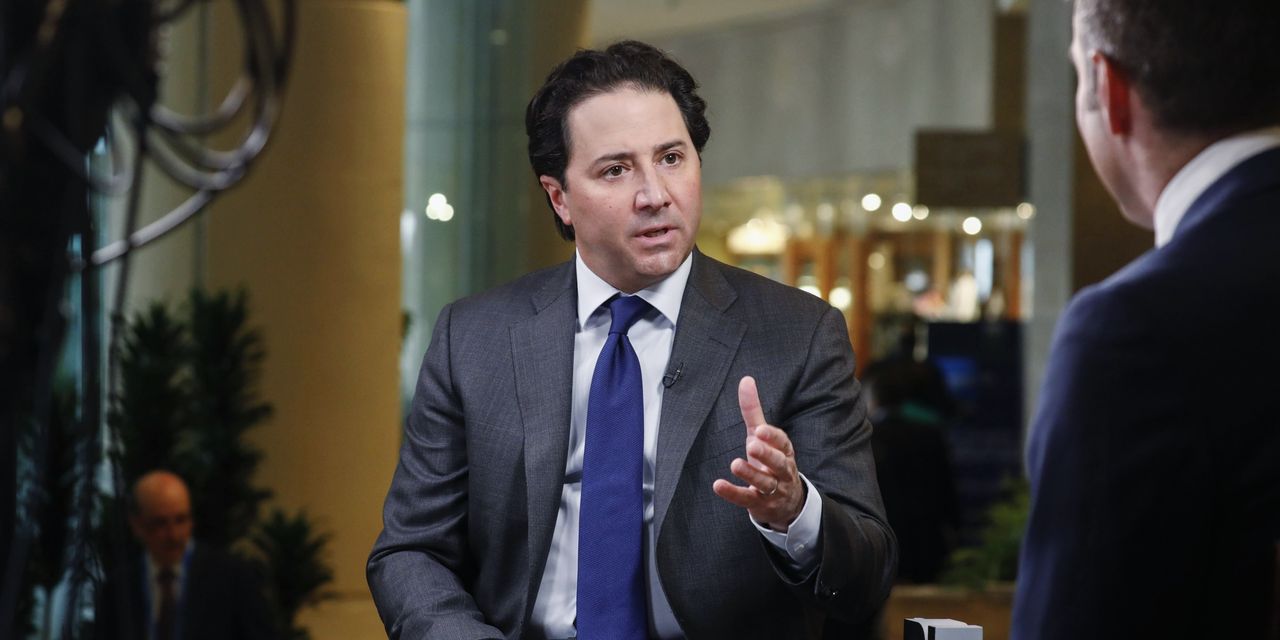 has raised $8 billion dollars for a fund making direct loans to small and midsize U.S. companies, escalating a fight between alternative-asset managers for market share in the burgeoning private-credit market.

are increasingly turning to credit funds to boost assets under management, a key driver of their stock valuations.

The new Ares fund raised almost twice its initial target of $4.5 billion and nearly three times the amount the firm got for the direct-lending fund it launched in 2018. Blackstone raised $9.4 billion earlier this year through a business-development company that makes direct loans. HPS Investment Partners, a private company, closed a nearly $12 billion direct-lending fund in September.

“‘More than anything, it’s about low interest rates.’”

“More than anything, it’s about low interest rates,” said

head of Ares Credit Group. “A lot of investors are frustrated by the low yield in fixed income they’ve traditionally allocated to, whether it’s loans or government bonds or high-grade corporates.”

The new fund, which invests in senior secured corporate loans, will also raise debt, allowing it to make up to $14 billion in new loans over three years. Los Angeles-based Ares closed this year a European direct-lending fund that could invest up to €15 billion, equivalent to $17 billion, and in October a private-credit fund that will make junior, or riskier, loans of up to approximately $5 billion. The company reported $181 billion in credit assets under management as of Sept. 30.

Ares’s diverse investment strategies allow it to have multiple flagship funds raising capital in any given year, the firm’s chief executive officer,

told Wall Street analysts at a presentation in early December.

Major news in the world of deals and deal-makers.

The newest direct-lending fund primarily makes loans to back corporate buyouts by private-equity funds, and their growing size allows them to win larger deals traditionally backed by Wall Street banks. Ares, Blackstone and others lent $2.6 billion this summer toward Thoma Bravo LP’s takeover of Stamps.com. Smaller firms such as

are arranging loans of $1 billion or more.

The direct-lending fund Ares launched in 2018 delivered average annual unlevered returns of 7.3% through September 2021, according to a company earnings report. Comparable large corporate loans sold to investors by investment banks returned an average of about 5.5% since 2019, according to data from Citigroup.

Direct loans can be hard to sell in periods of distress, and the market’s rapid growth has drawn criticism of excessive risk-taking.

Ares’s direct-lending business has generated consistent returns for more than a decade, weathering the 2008-09 global financial crisis and the market turmoil caused by the coronavirus last year, said

Write to Matt Wirz at matthieu.wirz@wsj.com

Appeared in the December 14, 2021, print edition as ‘Ares Builds Its War Chest In Private-Credit Market.’