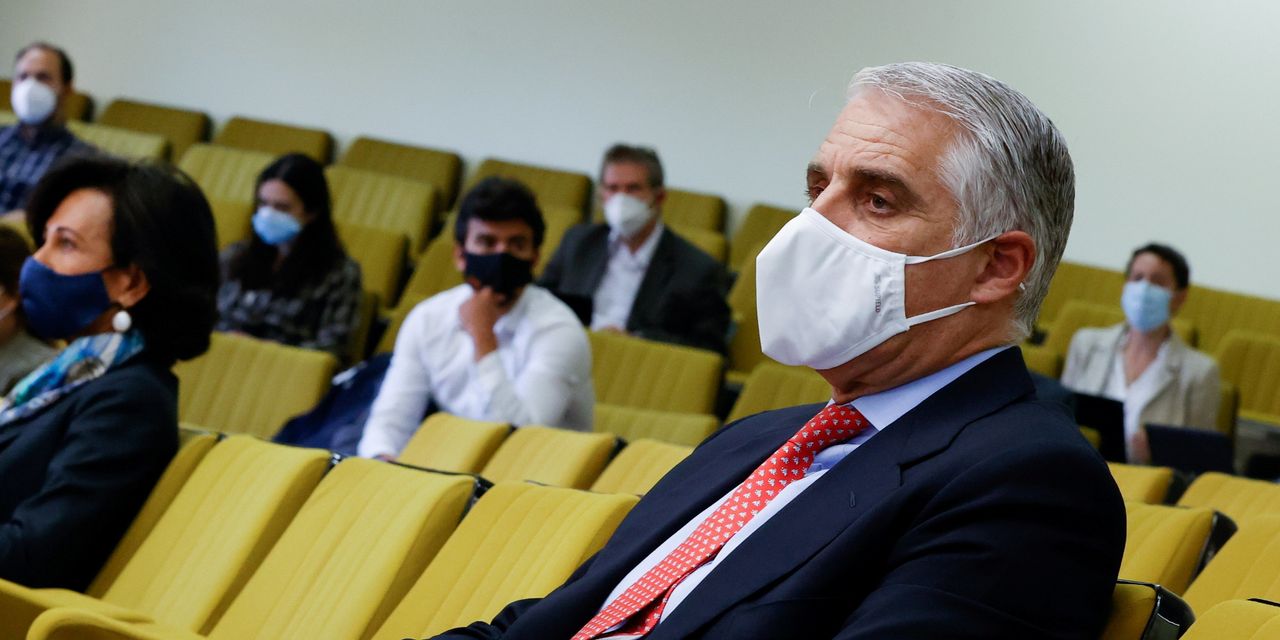 A Spanish judge ruled that

more than $75 million for reneging on a promise to name him chief executive, in the latest twist in a fight between two of Europe’s most powerful bankers.

The dispute began in 2019 after Banco Santander Executive Chairman Ana Botín withdrew an offer to hire Mr. Orcel as Santander’s CEO. She said the bank couldn’t justify his €50 million-plus price tag, equivalent to $57 million at the time, which included compensation for shares he would leave behind at his then employer, UBS Group AG.

Mr. Orcel sued Santander for about €100 million in damages—which he later dropped to up to €75 million—alleging the bank offered him a contract and broke it, destroying his career and reputation. The Italian eventually landed on his feet and was appointed as CEO of UniCredit SpA, Italy’s second largest bank, this year.

In Friday’s ruling, the judge dismissed Santander’s defense that Mr. Orcel’s offer letter wasn’t a contract under Spanish law. Under the ruling, Mr. Orcel’s award includes a €17 million sign-in bonus, €35 million in compensation for long-term incentives he lost at UBS and €10 million for moral and reputational damages.

A Santander spokesman said the Spanish banking giant strongly disagreed with the ruling and would appeal. A spokesman for Mr. Orcel said he had no immediate comment.

Before the botched job offer, Ms. Botín and Mr. Orcel had one of the most enduring professional partnerships in European banking. Mr. Orcel, first at Bank of America Merrill Lynch and then UBS, was the go-to investment banker for Ms. Botín’s father, former Santander Chairman Emilio Botín, advising on acquisitions and fundraising. Ms. Botín, who became executive chairman after her father’s death in 2014, continued to rely on Mr. Orcel for business advice.

Mr. Orcel’s hiring was seen as a signal moment for Santander, which is one of Europe’s most valuable lenders, with operations in the U.K., Latin America and the U.S. through a substantial auto-lending business. An outsider and an aggressive deal maker, analysts thought his hire would shake up the family-controlled bank.

Ms. Botín offered Mr. Orcel the CEO job in a meeting in New York in the summer of 2018, The Wall Street Journal reported. Mr. Orcel, who was pessimistic about his prospects of becoming CEO of UBS, agreed immediately.

To avoid stranding UBS at an investor day at which he was scheduled to present, he resigned before signing a comprehensive employment contract at Santander. Instead, he received an offer letter signed by the bank’s board secretary.

In the offer letter, Santander agreed to pay a €17 million sign-on bonus and up to €35 million in Santander shares to cover for any loss in deferred compensation at UBS, according to a person familiar with the letter. The letter also stated that Mr. Orcel should make “best efforts” to reduce the cost to Santander of hiring him. Ms. Botín, meanwhile, would lobby UBS to cover some of the deferred compensation payment to Mr. Orcel.

This came crashing down when it became clear UBS wouldn’t pick up any of the tab, leaving Santander on the hook for a big payout to Mr. Orcel.

Discussions over his pay package overwhelmed the years of goodwill between Mr. Orcel and Ms. Botín. Looming over the talks was a public backlash against banker remuneration in the years after the 2008 financial crisis.

Ms. Botín withdrew Mr. Orcel’s employment offer in February 2019, in part to avoid blowback in Spain where executive compensation tends to be much lower than on Wall Street. Mr. Orcel sued and details of the spat spilled out publicly.

“You’ve destroyed my career, my reputation and inflicted very high economic damage,” he said in a 2019 email to Santander Board Secretary Jaime Pérez Renovales that leaked to the Spanish media that year.

Santander claimed in court that Mr. Orcel refused to lower the bank’s bill by the €13.7 million he received from UBS as non-deferred 2018 bonus and some deferrals. The bank also said that during negotiations, Mr. Orcel added €3 million to the bill for a loss of dividends and interest from his deferred compensation.

In May, Mr. Orcel and Ms. Botín met in court, but didn’t interact except for a brief greeting from Ms. Botín when she arrived, according to a person familiar with the matter. The person said Mr. Orcel didn’t reply.

Santander kept as CEO the man Mr. Orcel was meant to replace, José Antonio Álvarez. The bank endured a bumpy pandemic, taking a €12.6 billion write-down on previous acquisitions and posting its first yearly loss in 2020. Its stock has fallen around 30% since canceling Mr. Orcel’s appointment.

Now at UniCredit, Mr. Orcel is among Italy’s highest paid executives and could make up to €7.5 million this year. This week, he unveiled UniCredit’s new three-year strategy, sending the bank’s stock sharply higher.

—Giovanni Legorano contributed to this article.