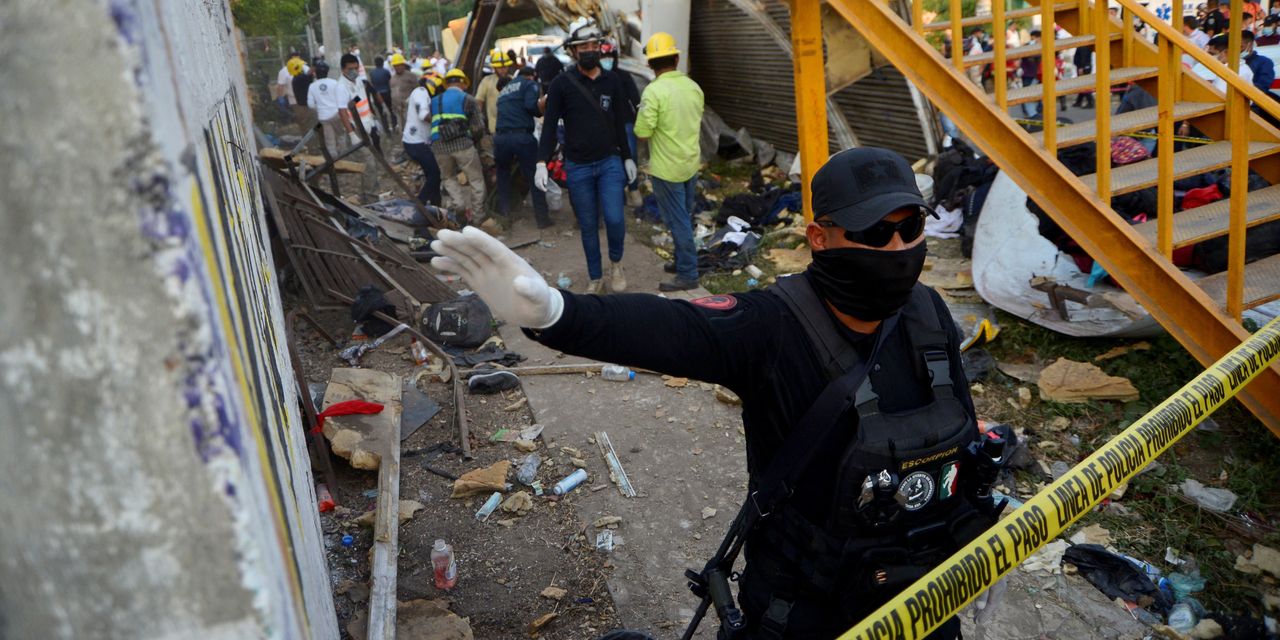 The accident occurred Thursday afternoon on the road leading into Tuxtla Gutiérrez, the capital of Chiapas state.

Luis Manuel García Moreno, head of civil protection in Chiapas, said the truck was carrying 107 people when it crashed. He added that 40 of the injured were taken to hospitals in the area, a number of them in serious condition.

“I profoundly lament the tragedy caused by the overturning of a trailer in Chiapas that was transporting Central American migrants. It’s very painful,” Mexican President

said in a tweet. “I embrace the relatives of the victims.”

Mr. García Moreno told the Televisa network that according to testimony of survivors, most of the people in the truck were from Guatemala. The trailer was traveling from Comitán, near the Guatemalan border, he added.

Televised footage showed bodies covered by blankets and sheets on the side of the road, as Mexican Red Cross workers tended to the injured. The overturned truck lay on its side on the road.

Tuxtla Gutiérrez lies on the route north from the border used by many migrants seeking to make their way to the U.S.

While some Central American migrants travel in caravans to the southern U.S. border for safety, many more pay up to $10,000 per person to smugglers known as coyotes to organize the dangerous trips. Often the migrants pay the smugglers by taking out exorbitant loans, selling what little property they have in their home countries or by using money sent by relatives in the U.S.

The smugglers frequently pay off police and immigration authorities, as well as organized crime groups, in order to deliver the migrants to their destinations.

During their journey, migrants have increasingly sought to elude Mexican security forces tasked by Mr. López Obrador to stem the tide of undocumented migrants heading to the U.S.

“We urgently need to find ways of creating legal pathways for people to migrate instead of driving them further into the hands of smugglers and raising the risk of the journey,” said

president of the Migration Policy Institute, a Washington-based think tank.

After a lull in migration flows in 2020 during the pandemic, the number of migrants apprehended in Mexico has risen sharply this year.

Through October, Mexican authorities have apprehended close to 193,000 migrants from Central America, compared with 76,000 in all of 2020.

said on Twitter that the accident involved foreign nationals and that the government was making contact with the respective governments.

offered his condolences to the victims and said his government would help repatriate victims.

Write to Anthony Harrup at anthony.harrup@wsj.com and José de Córdoba at jose.decordoba@wsj.com

Appeared in the December 10, 2021, print edition as ‘At Least 53 Migrants Killed in Mexico Crash.’