A Badly Battered Euro May Find a Lifeline in Ukraine, But Can an Upswing Last? 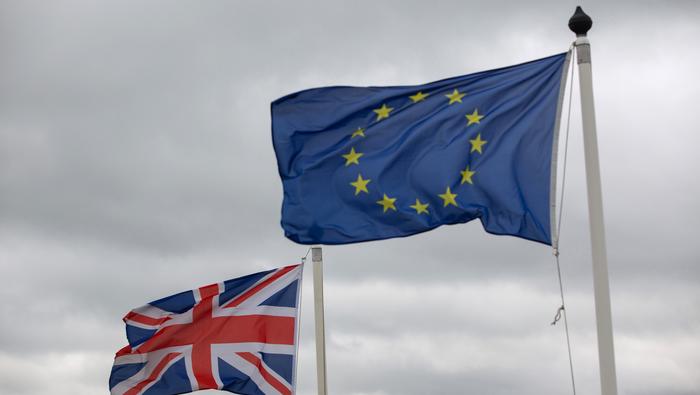 The Euro suffered punishing losses in the first quarter of 2022. The currency is on pace to shed almost 3 percent against an average of its major counterparts, marking the worst three-month performance in 7 years. Taken together with losses in the second half of last year, the Euro is poised to give up nearly 4.5 percent over the course of nine months.

Losses are unsurprisnigly concentraded in March of this year, registered against the backdrop of Russia’s invasion of Ukraine in the closing days of February. The crisis has placed a shooting war directly in the Eurozone’s backyard, disrupting trade flows and triggering a flood of Westward-bound refugees.

These baseline headwinds have been compounded by knock-on effects from Western powers’ biting economic sanctions imposed to punish Moscow for the invasion. Most powerfully, these measures have frozen the Central Bank of Russia’s vast foreign reserves and cut off huge swathes of the country’s economy from the vital SWIFT bank correspondence system.

Russia will feel most of the pain from these measures, but not all of it. It is the broader EU’s fifth-largest trading partner, accounting for 5.8 percent of total trade in 2021. Europe buys key commodity inputs from Russia, including energy, wood, fertiliser, iron and steel. EU firms also sold over €120 billion in goods and services to Russia last year. The invasion and the follow-on sanctions regime have severely disrupted this activity. 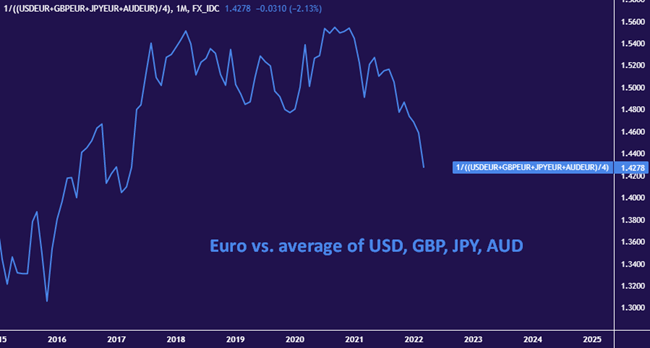 Euro may bounce as the Ukraine crisis de-escalates

While the war in Ukraine continues to rage at the time of this writing, de-escalation may not be far away. Russia’s move to broaden the fight after early setbacks derailed an attempt at something faster and more surgical seems mostly like scrambling for leverage before the full sting of the sanctions makes earnest negotiations inevitable.

The Kremlin may be setting up to trade withdrawal and de-escalation for an easing of sanctions, contingent on mutual agreement to discuss territorial claims “later”. For its part, Kyiv has helpfully hinted that it is prepared to offer up juicy concessions like accepting “neutrality” between Russia and the NATO alliance as one of the conditions of a deal.

Such a result might be acceptable for all involved, at least in the near term. Moscow will have its desired buffer areas in Eastern Ukraine (practically, if not officially), Kyiv will have faced down a Russian invasion without losing hold of power, and the West will be able to credibly assert that the invasion was successfully repelled without NATO becoming involved militarily.

Russia’s similar incursion into Georgia in 2008 lasted two months. Then too, Moscow sought to put a buffer zone between it and a former Soviet border state with its eyes on realignment to the West. The sanctions in play now are harsher, beckoning talks. This means that some kind of deal that lowers risk premiums and lifts the Euro may credibly appear in the second quarter.

The Euro may struggle to sustain any such gains however, held back by an ECB that is not expected to follow its global peers down the road of brisk interest rate hikes aimed at soaring inflation. Market pricing envisions target interest rates near 2 percent in the US, Canada and New Zealand by year-end. Australia and the UK are priced near 1.5 percent.

By contrast, a series of five 10bps rate hikes over the course of 2021 is expected to bring the ECB’s deposit rate from its current -0.5 percent setting back to zero. That leaves the single currency at a distinct yield disadvantage. If some Ukraine-inspired boost lifts the Euro relatively early in the second quarter, its impact may already fizzle by the time Q3 is ready to begin.